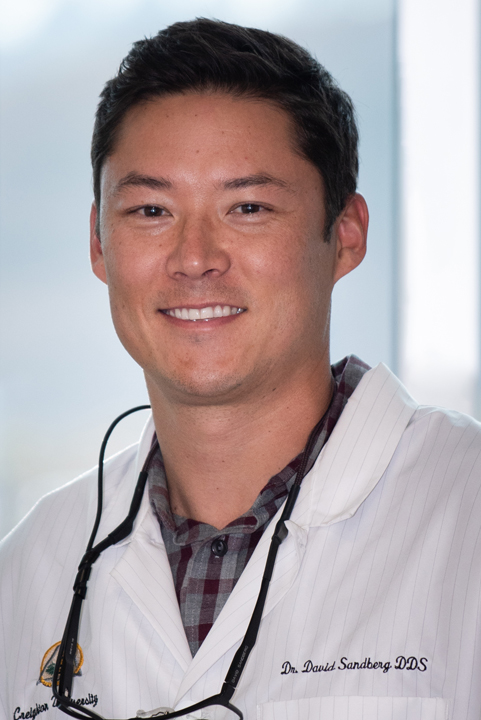 Dr. Sandberg was born and raised in Park City and is excited to join Park City Dental Spa and return to Dave so it is a dream come true to be back in the same town he feels so lucky to have been raised in.

Dr. Sandberg received his D.D.S. from Creighton University School of Dentistry and his Bachelors from Boston College in 2004. After graduation he served four years in the United States Navy where he spent time serving both Naval and Marine Corps assets at Parris Island, South Carolina and Camp Pendleton, California. In 2015, he deployed with dental, medical, and construction teams to provide humanitarian aid to the country of Timor Leste. He was one of two Lieutenants selected for early promotion and served as Clinic Director his last two and half years. He still serves as a Naval Reservist.

Dr. Sandberg is continually learning and seeking the highest quality dental care for his patients. He is a member of the Utah Dental Association, the California Dental Association, the American Dental Association, the American Association of Cosmetic Dentists as well as several other dental study groups. Before attending dental school, Dr. Sandberg worked as a technician at several dental labs, this has given him a unique perspective on what labs are capable of and expect from doctors so that he can work and communicate with them to provide the best possible aesthetic and functional outcomes for his patients. While in the Navy he also received additional training in several dental subspecialties performing and completing hundreds of oral surgeries, endodontic procedures, and prosthetic cases. As dentistry evolves he wants to keep the people of Park City at the cutting-edge of the best care possible.

In his free time, Dr. Sandberg is an avid skier and mountain biker. He loves to travel, surf and enjoy all that Utah has to offer with his wife and two daughters. Dr. Sandberg looks forward to getting to know his patients, whether in the office or on the trail.